Find the perfect mobile phone for you in our extensive catalogue. The best brands and the best prices! With Android or iOs operating system and the main brands: Samsung, Xiaomi, Realme, Apple, Oppo, etcetera. All the models of the most premium smartphones at the best prices. The best features and performance from the leading brands on the market. Don't miss out! 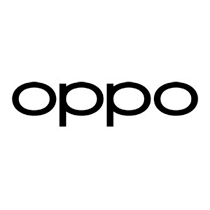 Which phone to buy?

When buying a mobile phone, consider the use you want to make of it and your needs. The most popular options are NFC, high quality camera and design. Which is the best smartphone 2022?

Mobile phone brands considered to be the best in 2022 include Xiaomi, Apple, Samsung, Realme and OnePlus. What are the best mobile phones?

Which smartphone should you buy?

No one will blame you if you are lost among all these smartphones and you don't know which phone you should buy. That's why at Powerplanetonline we are going to try to make it as easy as possible for you to know which one best suits your needs.

For starters, the key features that you should take into account when choosing a phone are those relating to its display, camera, memory configuration and battery, although some others are also significant. We will tell you about all of them below.

The ranges into which smartphones are divided

Although at Powerplanetonline we try to make it easy for you with a filtering system by price, brand, battery capacity, type of network connection, camera megapixels, processor, RAM, display size and type, you might still don't know which smartphone to choose.

So, the first thing we are going to do is to identify the 3 main ranges into which smartphones are divided:

The display is one of the elements to which we must pay real attention, starting with its size. These days most phones have a diagonal of 6.5 inches, with extended display designs with hardly any marks and ultra-small notches and bezels.

And remember: the larger the screen, the higher the resolution, with Full HD+ being common for mid-range and QHD+ for high-end. However, it is more important to pay attention to the pixel density (ppi). It should  be at least 350 pixels per inch.

Another point to note is the panel type. The most common in the low to mid-range is LCD, while the high end of the range is usually equipped with AMOLED technology displays. These use organic materials that emit light when electricity is applied, thus showing much brighter, sharper and more efficient images than other types of displays.

Another current trend in high-end displays is to increase the refresh rate to 120 Hz, which translates into a smoother visual experience for both gaming and browsing social media.

As we mentioned earlier, photography is one of the areas that differentiate between the different phone ranges, with the quad-camera now almost the norm in the mid-range. This variety of sensors allows our smartphone to adapt to different situations and scenarios, with macro lenses that allow you to focus at a few centimetres to capture tiny details, ultra wide-angle sensors to widen the field of view, depth lenses to add a natural blur effect to portrait backgrounds and main sensors with a very high amount of pixels.

Of course, the number of pixels and cameras is not all that matters. In fact, it is actually computational photography, through artificial intelligence, that really allows our smartphone to make the most of tricky situations. For this reason, the best-positioned brands in terms of image quality are Google, Huawei and Apple, as they put a lot of effort into their camera software.

Another parameter to take into account when choosing a smartphone is the processor, which is like the "brain" of the device and a key factor in its performance. We should start by checking the number of cores it integrates: ideally it should have 8 cores or more, although for basic use we can buy a quad-core phone.

In the field of Android phones, the winning horse is still Qualcomm Snapdragon, the processor brand that MediaTek is unable to compete with in terms of power, especially within the high end range. Samsung has its own Exynos chip, and Huawei is doing the same with its Kirin chips, both of which are evenly matched to Snapdragon in terms of power and features.

As for iPhone, its AX chips are the most powerful on the market according to synthetic tests.

But a phone with more cores and more GHz is not always going to be the fastest, because RAM also has a lot to do with this. This is the workspace that the processor will rely on when opening and running applications.

For basic use, we could get by with 3GB, but it is advisable to have 6GB or more if we intend to use applications that are too heavy or have several apps open at the same time.

Another thing to consider when buying a new phone is its storage capacity. If you are buying a device for basic use, it should ideally have at least 16GB or 32GB, bearing in mind that part of that memory will be occupied by the operating system and that it will probably be somewhat smaller. Check if it has a micro SD slot, as this will allow you to store all your images and files there and leave the phone memory free for applications, although the trend is towards eliminating this feature. For mid-range and high-end phones, 128GB or more is recommended.

Regardless of the phone range, it is recommended that the battery has at least 4000 mAh, a fairly common starting point that can allow us to use our phones for a day without problems. If you are a demanding user in terms of games, calls, shows and social media, battery life is a key aspect to take into account, but paying more attention to the real duration through experiences of use than to milliampere-hours. The main components of the phone, such as the processor and the display, which are increasingly built to be more efficient, are also of vital importance for extending battery life.

Incidentally, this high amount of amperage also makes the inclusion of some technology for fast charging very necessary. In this sense, Qualcomm Quick Charge is the most popular, although there are other types such as OPPO's Super VOOC, OnePlus' Warp Charge 30T, or Huawei's SuperCharge.

When you buy a smartphone, it is also very important to know which operating system it uses. To choose the right operating system we must first think about the possible synchronisation of other devices and therefore compatibility with your future phone. On the other hand, every mobile OS has positive and negative points. We will tell you about them below:

Although 5G connectivity is still under development, there are already many phones that carry it. Not only high-end phones, mid-range phones are also a good option if you want to have access to the connection of the future!

Another important feature is NFC, a must-have if you want to make contactless payments with your phone.

Also, if you are going to use your phone to enjoy multimedia content and video games, make sure your phone includes at least 2 stereo speakers. Some high-end phones even support Dolby Atmos and the aptX audio compression algorithm to offer a clearer and more immersive listening experience.

If your phone lacks these technologies, don't worry because you can still connect a good pair of headphones, especially wireless ones for their convenience.

Rugged phones and phones with buttons

You may be looking for something more specific, though, such as a rugged phone. These phones are very resistant and designed to withstand water, dust, shocks, extreme temperatures and more. Most have IP68/IP69K certifications and the 810G military standard, making them perfect for use in harsh environments such as industrial work, construction or adventure sports.

Finally, if you're looking for something totally basic, simple and intuitive to use, you'll want a phone with buttons. The old-school phones, yeah! This is where Nokia phones stand out.