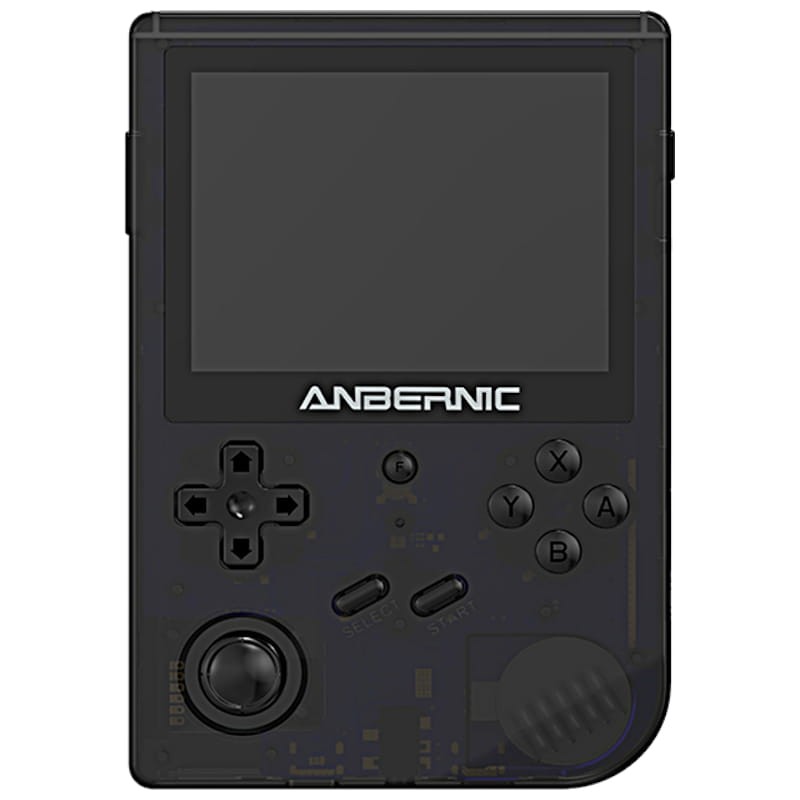 The new Anbernic RG351V portable console has a vertical look, similar to the Game Boy Colour, but with a D-pad and analogue stick built into the casing so you'll have more precise control. So you can hear the sound of what you're playing, there's a speaker in the bottom right corner. In addition, on the back, it integrates two pairs of triggers that allow you to play PSP and PlayStation games. You'll find it in black.

Retro and not so retro

The quad-core RK3326 processor will allow you to emulate Dreamcast, PSP and Nintendo 64 games, among other consoles such as the Game Boy or NES. No matter what you want to play, it has 16GB of storage so you'll have plenty of games on your hands. And, if that's not enough, there's a 64GB SD card included in the box and slot for it.

The new Anbernic RG351V features a 3.5-inch high-definition IPS display with a resolution of 640 x 480 pixels. Thanks to its vertical shape, you will have a 4:3 aspect ratio, similar to that of Game Boy consoles.

Up to 8 hours of use

Buying the new Anbernic RG351V will give you hours of fun. Because this retro console integrates a 3900 mAh battery, which will give you a usage time of up to 6 hours. With only 4 hours of charging with its USB cable, it will be ready for you to have a good time whenever you want: on the bus, at the doctor's or during any other waiting time.

What's in the box:

Review and win!
Every month we give away
300€ among all
the comments
We have no reviews in English
Select other languages
to see reviews of
Portable Retro Console Anbernic RG351V Black 16GB + 64GB Memory Card.
Related products
Featured 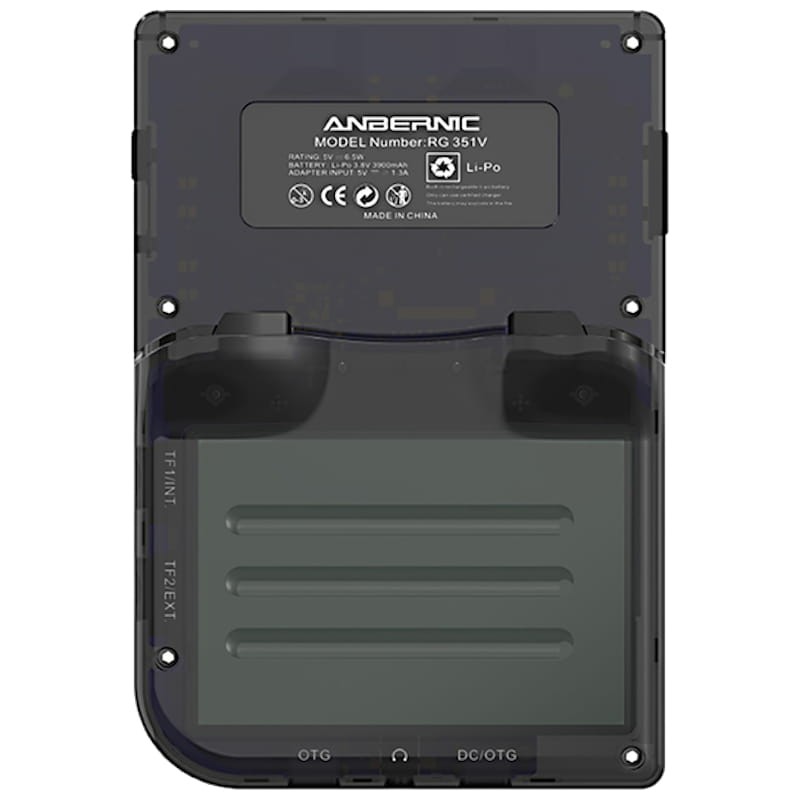 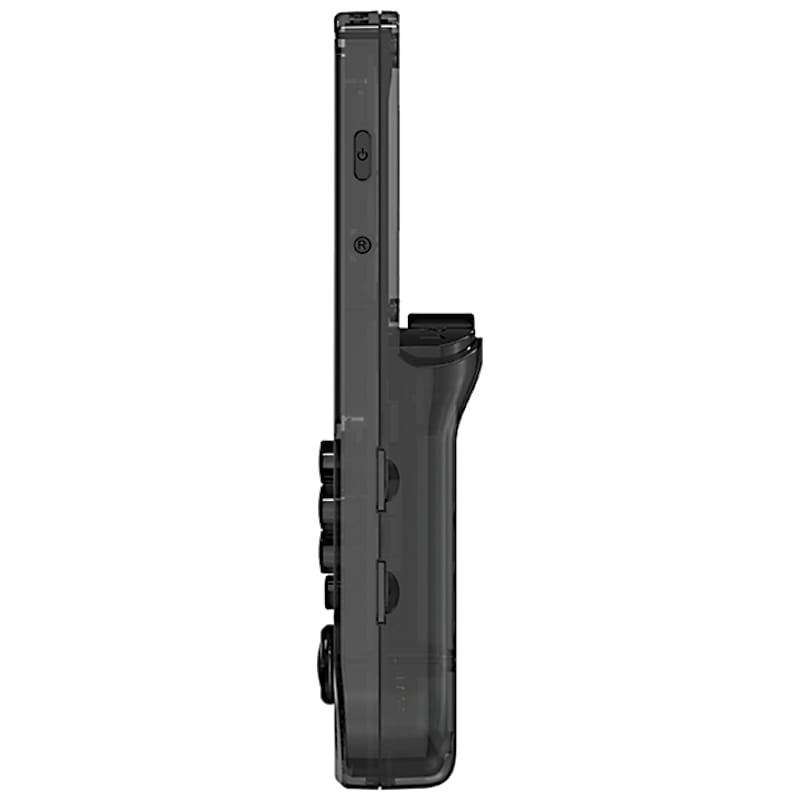 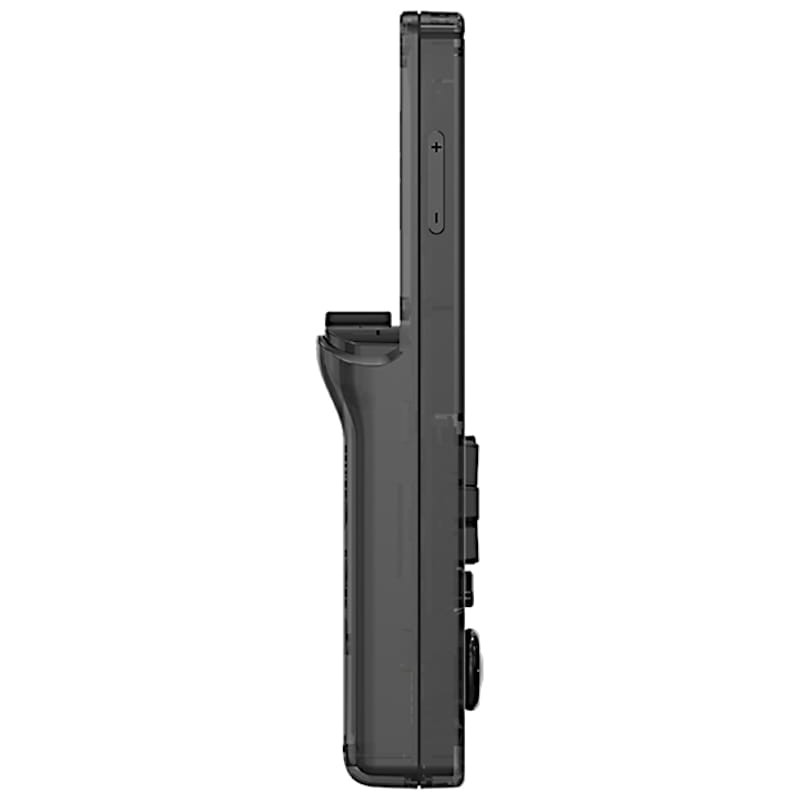 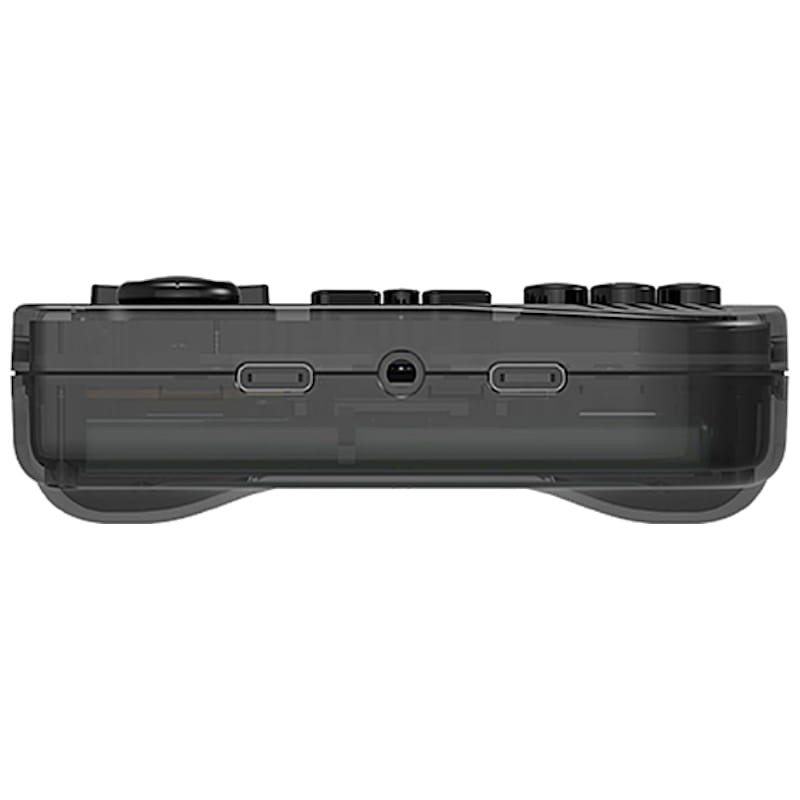 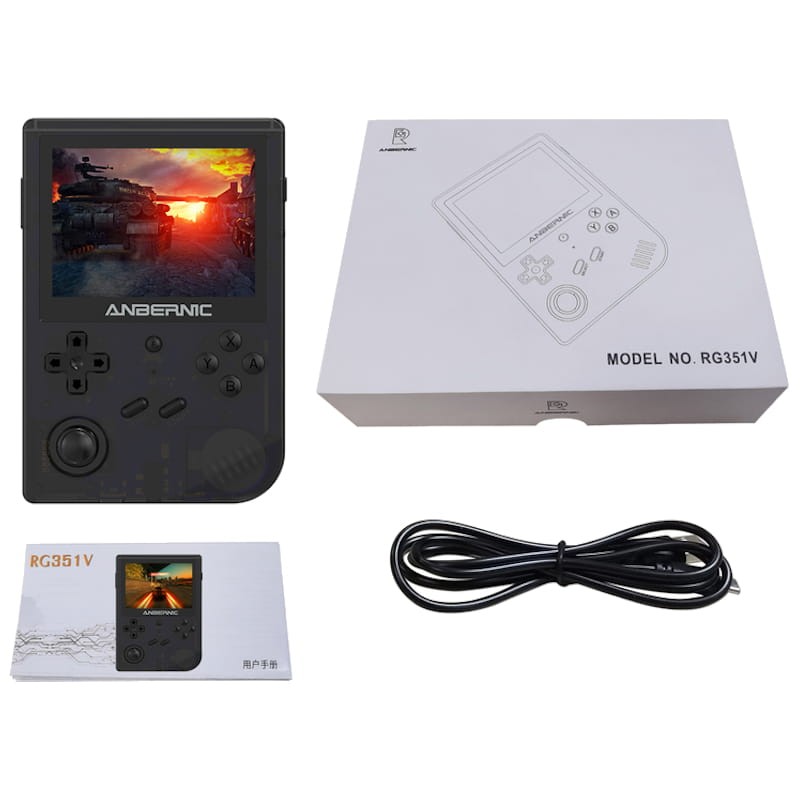